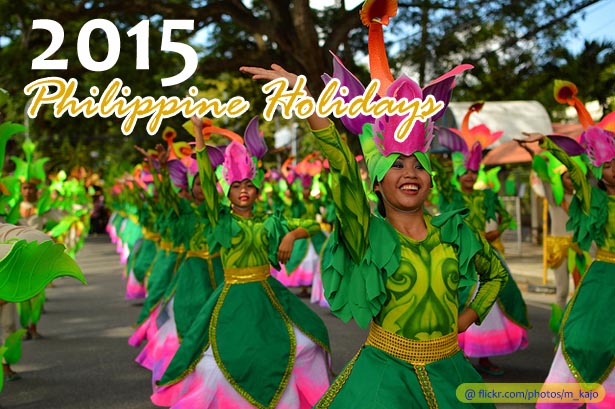 Plan Your Next Travels: Here’s a list of Philippine Holidays in 2015

The President has declared 18 holidays next year through Proclamation No. 831 he signed July 17 this year. Eight of which fall on either Mondays or Fridays making a total of 8 long weekends for 2015.

Meanwhile, the following dates have been declared as special non-working days:

On the other hand, February 25, Wednesday has been declared a special holiday for schools only to commemorate the EDSA Revolution anniversary.

Not included in the above list are Eid’l Fitr and Eidul Adha, which dates are still to be determined by the National Commission on Muslim Filipinos.