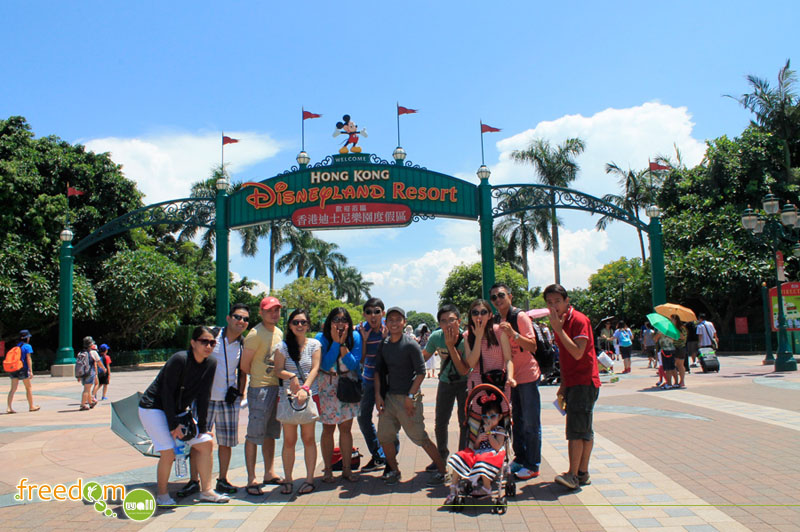 Many said that Disneyland is the happiest place on earth, and once you fully give in, it awakens the child in you. However, I have a different sentiment. Probably because I just have a different childhood—a lot more different than any other child have—that is why, I did not completely enjoy it.

We took an early fast craft the day after our exasperating walkathon in Macau. Again, that was an amazing race. With the challenges we encountered on the road, the chit chats, the confusions, and travel time miscalculations, we barely made it to our schedule. (Maybe we were just too lucky.) We took the other Macau ferry terminal, the Mo-Taipa Ferry Terminal, wherein there were no free shuttle buses that regularly ply to, and so, we had to commute.

We arrived in Hong Kong on time, but as expected, we spent few more minutes waiting. Collins had some minor issues to fix with the immigration officer. It was not his fault, but by another immigration officer who attended him during his exit to Macau the day before.

We headed to H.K. Taisan Guest House afterwards to get a quick fix and to have our breakfast. By the way, our booking in the guest house included the days when we were out (when we were in Macau and stayed their for a night) so we didn’t need to re-check in.

We were greeted by the Disneyland arch. Of course, the experience won’t be perfect without the group photo. We weren’t complete then, since Mon decided not to join us (he’s been there many times) and the couple, Karen and Jeff, were lost, I mean busy, or should I say spent some ample time together (though they caught us up later).

We walked at some acceptable distance before reaching the resort’s main gate. In front of the main gate was a lively fountain with Mickey Mouse the Whalers, the whale, and the lonely duck.

I bought my ticket online so I only had the printed voucher with the QR code. I headed to the AutoMagic Ticket Dispensing Machines (left side of the entrance), scanned the QR code, and tada, my entrance pass was printed. Don’t worry, if this new to you, there are personnel who could assist you.

It was early summer afternoon, the heat was radiating, and we were all tired. Fortunately, no one showed a sign of giving up. While the rest of the party were checking the shops along the Main Street and waited for the parade. I headed on, deep into the “jungle” (Adventureland), and first checked Tarzan’s tree house.

From afar, I heard ladies screaming and wheels rolling so I decided to check it out second. It was the thrilling Big Grizzly Mountain Runaway Mine Cars inside the Grizzly Gulch, a new theme attraction, exclusive to Hong Kong Disneyland. I have this some sort of adrenaline rush when it comes to roller coaster, so I queued even it took hours for me to get my turn. I was awful when I found that there was a separate queue for single riders which was much shorter and faster. Anyway, disappointments flew away after experiencing the ride.

After the ride, I proceeded to the Mystic Point. It is where you can find the majestic castle of Lord Henry Mystic called the Mystic Manor. They were all mystic, literally.

The Mystic Point, like Grizzly Gulch, is a new addition to the theme park which features the Mystic Magneto Electric Carriage giving you a tour to Lord Henry’s collections. However, I didn’t try it. The photo of the Mystic Manor was perfectly fine for me.

Beside the Mystic Point is also a new attraction, the Toy Story Land. They had interesting rides for kids, which of course I didn’t buy. The Toy Soldier Parachute Drop was fairly for adults. The RC Racer, on the other hand, was definitely for adults (too), however, I didn’t have any guts to ride it with some strangers.

I took some stroll at FantasyLand where I meet my companies again. It wasn’t a dramatic reunion. I invited them to take the tram but they declined saying it had a separate fee. I insisted that it was included in our passes. I went ahead to confirm and it was free, unfortunately, they were already heading to the Toy Story Land. So I got separated again. I rode the tram in one whole round with strangers.

I checked “Its a Small World”, also in Fantasyland, after taking the tram. Though it wasn’t for me, I kinda liked it.

I also experienced the galaxy offered by the Space Mountain, a roller coaster ride.

If you want to stay at Hong Kong Disneyland Resort, check out discounted rates from Agoda.com. 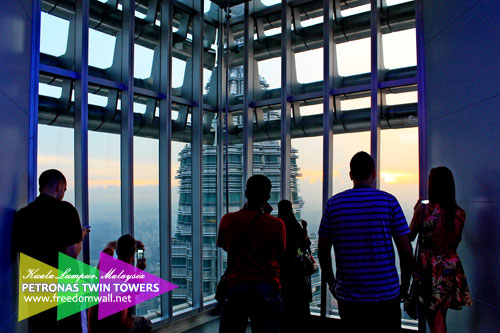