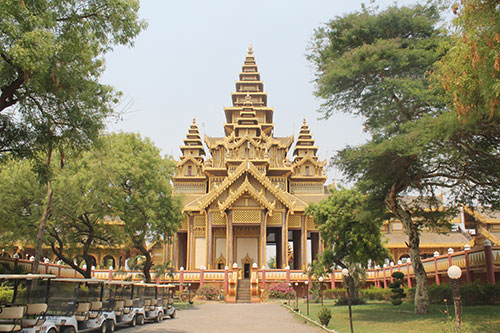 Here’s what happened when I visited the Thiri Zaya Bumi Bagan Golden Palace:

But before everything else, let us talk about the photo above. The first thing you’ll probably notice is the wet section of my shirt that formed a triangle. I couldn’t control my sweat, people! Perhaps, the RealFeel® is 45°C in ‪#‎Bagan‬.

What I really wanted to share is the hall where I did the pose. That is the Jetavanna Hall of Thiri Zaya Bumi Golden Palace. The said hall was then used as a receiving hall for diplomats and dignitaries.

Behind me in the photo is the chamber of life-sized, pure gold statues of the Kings and their respective queens. Each statue is sculpted from 5 viss of gold (1 viss = 1.6 kilograms). So they are probably hollow inside. But still, those are luxurious.

By the way, the hall and most of the sections of the palace are made of hardwood.

When I got to the entrance, the lady attendant talked to me in local language. To change the direction of the one-way conversation, I asked for the entrance fee (in English, of course) though it was clearly stated in the signboard.

The officer-in-charge, who was just listening joined the conversation. He said; “This is the King’s Palace (while pointing the highest structure), you can walk around from the right, and you will get free ice cream for 5,000 kyats.”

“Wow. Thank you!” I said to express my appreciation. I paid the entrance fee then the lady handed me the palace’s brochure and my entrance ticket.

“Are you from Thailand?” he then asked.

“No Sir, I am from the Philippines.” I humbly replied.

“Oh! Philippines. Philippines is a beautiful country.” Whether he said that just to please me or whatever real opinion he had in mind, I did not care. But I still showed him my gratitude in return.

I wasn’t able to ask if he had been to the Philippines because he immediately did a follow up statement, “You look Burmese”.

Then I thought, he is not the first person who said that. Indonesians, Malaysians, and Thais do. My seatmate on flight AK 884 from Kuala Lumpur to Bangkok three days before my Bagan visit thought I was Thai. She even talked to me in Thai. When she realized that I did not comprehend, she asked if I am a Malaysian. She was not surprised when I told her that I am Filipino.

Without waiting for my reply, he then asked, “Is it your first time here in ‪‎Myanmar‬?”.

“Yes, Sir. Very much.” was my sincere response.

But before we can continue our conversation, a swarm of tourists arrived and that made him busy. And so, I went my way to explore the palace.

Though he was busy, I overheard that he and the lady attendant talked about me. I heard Philippine (without an s) and Filipino in their conversation.

Before I went out, he approached with a tap on my shoulder and asked, “You enjoy?”. I gave him a nod, and then he said “You take care”. I bowed before him and said “Thank you very much!”

He then walked away to do his duties and left me with; “You’re welcome!” 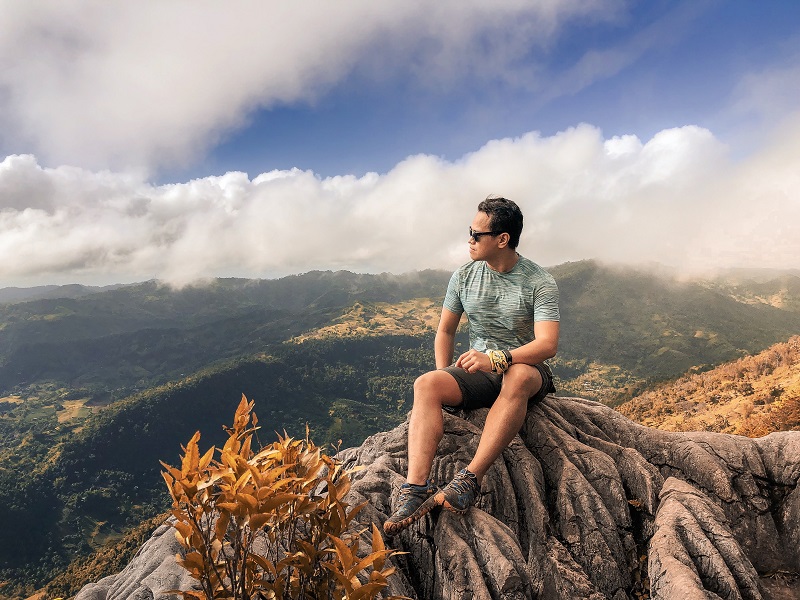 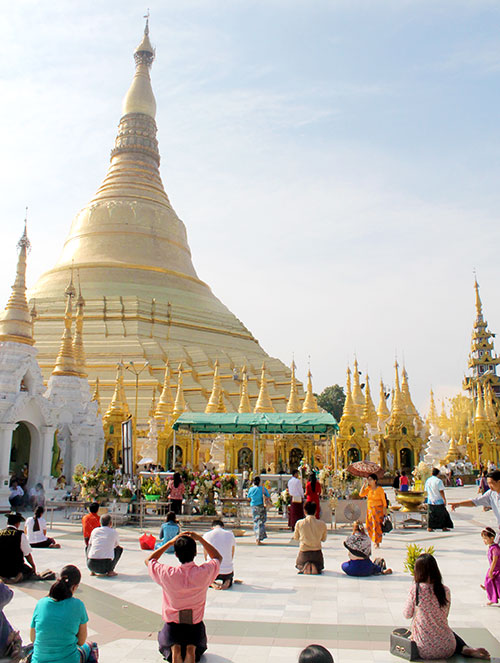 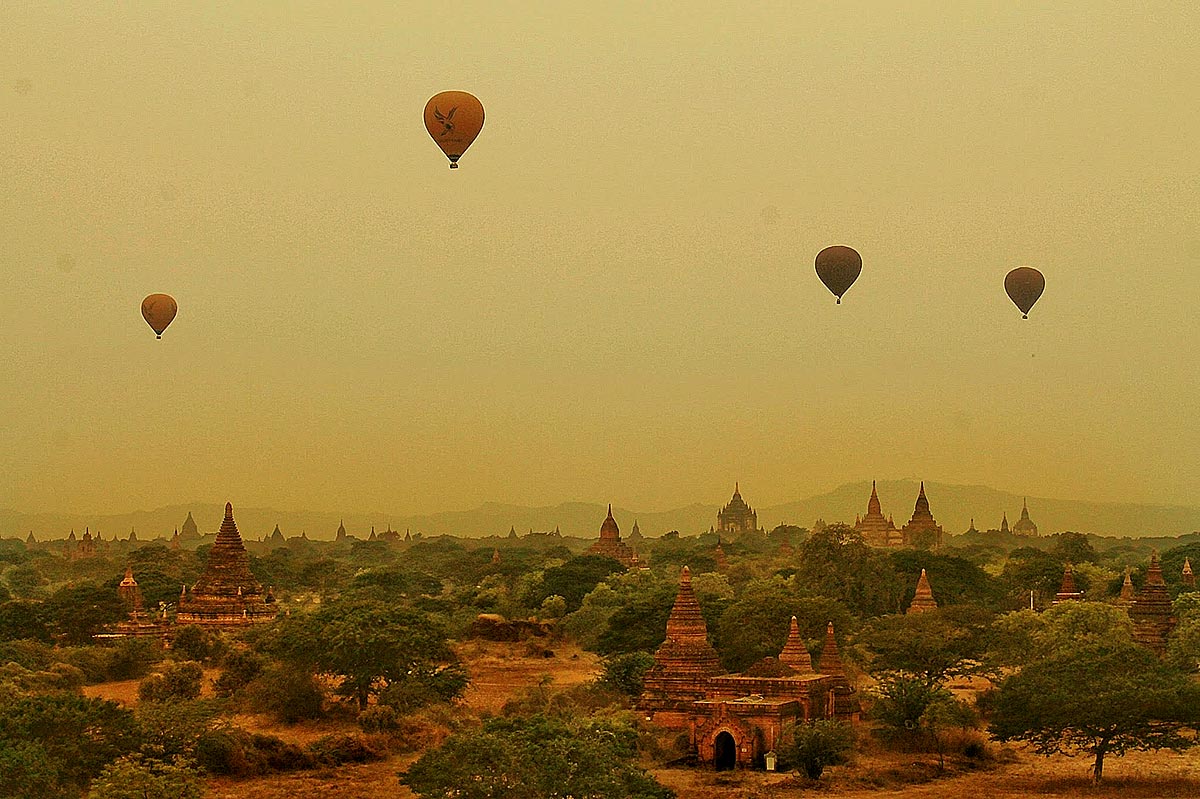 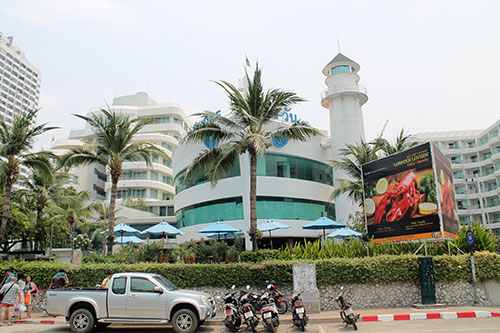 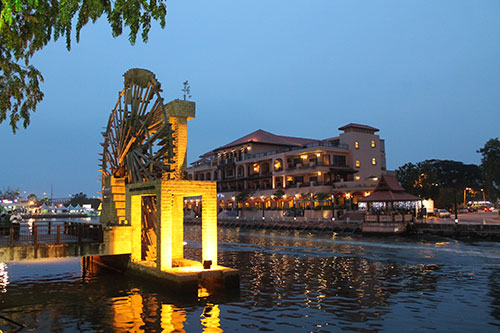