What is Before God

Scientist never stop researching and studying to solve all mysteries in the world and derive concrete explanations for the origins of every living. Theories were plotted in order to arrive the facts, measure the tendencies and accurately trace the world’s beginnings. However, never amongst these theories has become a scientific law making it more likely to be a scientific fiction. The big bang for example explains that a tremendous explosion occurs billions of years ago and heavenly bodies are formed including the earth. The question is could they explain why the earth contains oxygen and compound water to which other planets and heavenly bodies are less probable to have. How this entirely complex world exists from a mere explosion? And in the first place, what on space exploded? 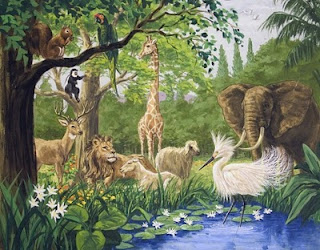 I can’t remember the name, but one theory states that earth was entirely a mess and contains organic particles, oxygen and hydrogen (components of water) and other elements that are essential to support life. And that these organic particles evolved into a cell where the first organisms originated. But why such evolution took place on earth and did not happen in other planets– because earth has all conditions necessary and enough to support life? Could they explain the coincidence? This theory gives Charles Darwin the basis to formulate his theory of evolution, to which, I guess is the greatest scientific fiction of all time. How could he explain the differences of apes and the humans? Genetics state that the traits and characteristics (mental, physical, emotional and behavioral) have greater tendencies to appear in the upcoming generations. Though, there are some undeniable facts that number of individuals inherit the behaviors of apes and one candid proof are the barbaric and terroristic acts of some, it is still a way far to conclude that we originate from apes.

Today, there are still unsolved mysteries. There are unseen beings freely living with us, interfering our daily activities and worst is, some even ruined us. By the time science could no longer find any explanation, it is concluded to be a fiction. Yet we cannot negate the existence of these elements.

What really disturbs me is my vision when I’m asleep. Visions that conquer my unconscious well-being like a nightmare. From the point where I bed, I started to ascend, flying higher, going out from the earth, witnessing the beauty of the universe, watching the stars vanished and eventually see nothing but an absolute darkness. I see no traces of heaven, no glimpse of light and nothing to hold. And after that, I woke myself up before I forgot to breathe.

The world was created from nothing. But God- where was He before that? Did it take for Him years or centuries to decide the creation? And if it cost millions of centuries, when was century zero? What is exactly at time zero?

But every time that I am sandwiched to these perplexities, I just close my eyes, take a deep breath and release. Why do I need to question Him? He is enough explanation. We live with limits and not even our imagination could afford to reach- God is absolute and infinite.

Change the Way You See Love

A Certain Place to Find

Anchor of our Life