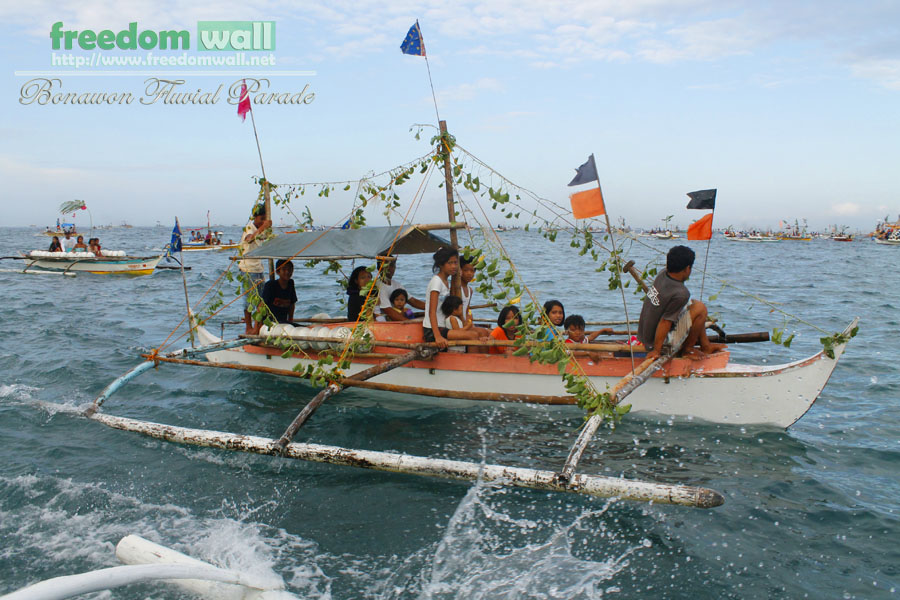 Early residents of the barangay mostly believed that Barangay Bonawon comes from the Visayan word Bugnawon, which means bugnaw nga panahon or cold yet comforting weather. On the other hand, the Parish Priest of Siaton, Rev. Father Joaquin Gonzales, states that Bugnawon means peaceful minds of the residents or locally, bugnaw ang huna-huna sa mga lumulupyo. But whatever historical beginnings you believe, there is only one thing that we are sure about, that whoever stays in the barangay will truly find comfort.

The early populace of the barangay were primarily composed of refugees from Mindanao who tried to escape from the conflicts in the region during the 60’s and 70’s. Finding its waters to be abundant with marine resources, the refugees eventually settle to its shores.

Aside from the rich bay, the 7200-hectare fertile territory is used to grow the residents’ primary staples. Small areas were allotted for crops and vegetable and fruit farms, while other land owners utilized it for reforestation.

The two seasons help in balancing the livelihood of the residents. The habagat season (rainy season) aids farmers for a good harvest, while amihan season (sunny months) is ideal for an ample catch. In the recent years, fishermen can still go fishing during habagat while farmers can still plant during amihan. This, however, are risky ventures.

Through the years, the harmonious relationship of the farmers and the fisher folks remain strong.

One concrete proof was when Mr. Everjohn Laingo won the National Science Quiz Bowl in 2003 which made Maria Macahig Memorial High School and the barangay truly proud. Everjohn Laingo is now a registered nurse and is currently teaching in a known private university in Dumaguete.

College education can easily be accessed by its deserving sons and daughters. Negros Oriental State University Siaton is just 15-20 minutes ride from the village. Silliman University, Foundation University, and Saint Paul University-Dumaguete, on the other hand, are just 2 hours away.

The barangay is also a home for many faithful. Different religious institutions had found their place in the village. The Roman Catholic Church, Iglesia ni Cristo, Protestant Church, Seventh Day Adventist Church, and Born Again Christians have established strong presence in the barangay. This is the only barangay I know that houses most of the country’s major churches and religious institutions.

Brgy. Bonawon has long been celebrating its annual festivity in the Honor of its Patron Saint, St. Vincent Ferrer, every fifth of April. Regular anticipated events during fiesta are fluvial parade, usually organized by the Parochial Church and held during or a day before the Feast day; the street parade; beauty pageant; sport competitions; and other games that are organized by the village officials with the assistance of Sanguniang Kabataan of Brgy. Bonawon.

Just recently, Brgy. Bonawon instilled its official festival, the Palaran Festival. Palaran Festival, according to its proponent and main organizer, Mr. Totoya Macias Esconde, is a festival of all kinds of fishing and farming. It is celebrated for the folks to gratify the blessings they received from nature.

It is really true that there is no other better place than your hometown. It is where you truly found peace.