The Philippines could not claim sovereignty over Spratlys on the basis of geographic proximity, risk to national security, and by the principle of terra nullius. Thus, the Philippines’ claim over Spratlys or part of Spratlys is illegal, declared Spratlys.org (a website advocating for Nansha Islands of China, China’s name for Spratlys).

The said website also supported their conclusion on why such claim is illegal. According to the website, there is no international law stating that geographical proximity can be used to justify the claim. Because saying so means some isolated islands of Sulu should belong to Brunei and not to the Philippines.“Does that mean the Philippines will just invade any other nation’s sovereign territory if they feel that they are not secure?” That’s how the website reacts if the Philippines use the issue of National Security to defend its claim over the Kalayaan Island Group (part of Spratlys) which I guess, has a point.Also, terra nullius is not a valid reason for the Philippines to claim such territories since the Spratlys is not an abandoned property. Terra nullius, by the way, is a Latin expression deriving from Roman law that means “land belonging to no one” (or “no man’s land”). This principle is used in international law to describe a territory which has never been subject to the sovereignty of any state or has been expressly or implicitly abandoned sovereignty. 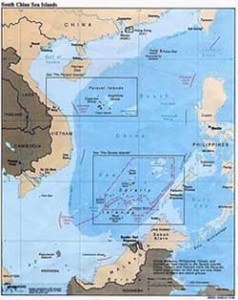 The Philippines’ claim is raw, which started only in 1933 when it is still a colony of the US and revived in 1946, shortly after the Philippines’ independence from the US. China’s claims, on the other hand, are based on historical events, including the naval expeditions to the Spratly Islands by the Han Dynasty in 110 AD and the Ming Dynasty from 1403-1433 AD.

Could we present historical facts too? I believe Spratlys are long been part of the sovereign territories of the Sultanate of Sulu. That was even before the Spanish era.

According to globasecurity.org, The Philippines claims nine of the Islands/Reefs of Spratlys which are now called Kalayaan Island Groups. These are; Kota or Loaita Island, Lawak or Nansham Island, Likas or West York Island, Panata or Lamkian Cay, Pag-asa or Thitu Island, Parola or North East Cay, Patag or Flat Island, Rizal or Commodore Reef. China is claiming the entire Spratlys while Vietnam, Malaysia, Taiwan are claiming part of the island group while Indonesia and Brunie are affected by China’s Claim.

There are several countries involved here and we all wih that this will end to a peaceful settlement.

Are Male Prostitutes covered in the Newly Passed Republic Act 10158?