Within 24 hours from its release Tuesday last week, Instagram had reached more than a million downloads. This may be one of the reason why iPhone users started to object for the release of the long-been iOS app to Android devices. These reactions were getting the attention of loyal Android users out there which eventually sparked a word war of these two consumer group.

According to one user (i suppose he is using an iOS device), instagram is getting slower since it was made available to Android.

But despite all these, Istagram has become overwhelmingly popular getting an average of 4.5 out of 5 rating from 205.5 thousand Android users. The said photo-editing software is already available at Google Play (former Android Market). 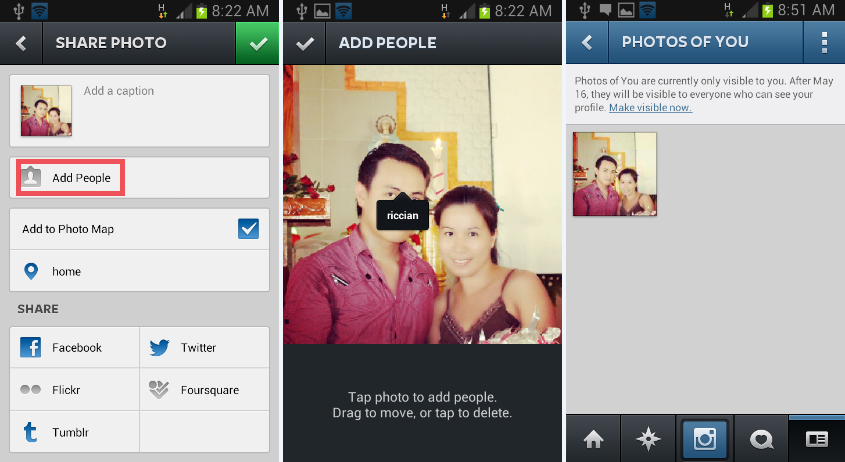 It is now Possible to Tag Photos in Instagram