The Rebirth of Ichigo’s Shinigami Powers

What I like most with Tite Kubo is the LOGIC behind all the stories. If what unveils Ichigo’s power is by cutting him with a Shinigami’s Zanpaktou, why not cut him again. Of course it can’t be done when Ichigo has no ability to sense reatsu, an ability he lost along with his powers when he uses the Final Getsuga Tenshou technique during his battle with Sosuke Aizen.

For those who just follow the manga chapters, his powers weren’t lost immediately. In fact, he was able to use it with the unfinished anime filler, the mod souls. Inaba Kageroza was another strong villain in the series and Nozomi Kujo, the first mod soul, is another interesting character of the series specially her Zanpakutou’s (Arazome Shigure) ability. 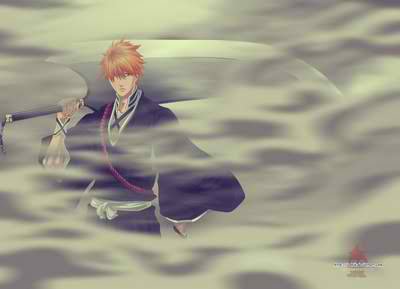 Back to the manga. The idea of a fullbring help him regain his reatsu and of course his ability to sense reatsu. This also make him see Rukia again. And so he was cut again and then reborn.

The Rebirth of Ichigo’s Shinigami powers is a feature of Bleach 459. Read it full at mangastream.com