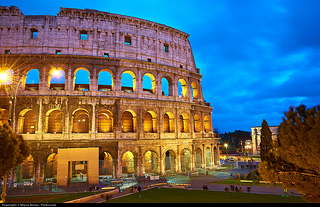 Simple Ways to Save Money on Holiday Apartments in Rome 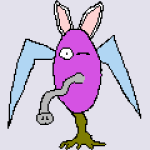 Written by: Daniel
Share this article:
FacebookTwitterPinterestLinkedInRedditWhatsAppEmail
Home » Blogs » Features » Simple Ways to Save Money on Holiday Apartments in Rome

European cities aren’t necessarily the best places to go for a cheap travel experience. Prices in Western Europe, in particular, can be high. In most countries, you won’t find the extremely low prices available in some South American or Asian countries. In fact, some European cities, such as Oslo in Norway and Zurich in Switzerland, are unbelievably expensive. But plenty of people manage to backpack around Europe on a shoestring budget, and they don’t avoid the big cities. Rome is one of the most popular destinations on the continent, and it can get expensive if you’re not careful. However, if you know where to stay and where to eat and drink, you can save yourselves a lot of money.

Accommodation tends to be the main expense for travellers, no matter where you go. And although hostels are often cheapest, sometimes you want a few more home comforts. With these tips and tricks you can find holiday apartments in Rome that won’t eat into your budget.

When you share an apartment with a larger group, you can get a surprisingly good price per person. In fact, you can often afford a much nicer apartment if you split the cost between five of you than if just one or two people booked somewhere. If you’re travelling as couples, or friends who don’t mind sharing beds, you can get an even better price because you’ll need fewer rooms.

The trend for staying in people’s homes has been on the rise in the last few years. You can get great deals on several websites. For example, Housetrip apartments show prices for as little as £15 ($25) a night. You can get an especially good deal if you rent a room or rooms in someone’s home while the owner is staying there too.. These tend to be cheaper because you don’t get the whole apartment to yourself. But if it costs the same as a hostel sharing a nice apartment with one or two people is surely preferable. You can make yourself more at home in someone else’s apartment too, instead of in a sterile holiday rental or busy hostel.

Stay Just Outside the City

Instead of trying to get as close to the major sights as possible, find somewhere that’s just outside of the city. If you can afford to hire a car or bike, you can use it to get you into the city centre. But if not, there is also public transport available in the form of buses, trams and the metro. Make sure you work out whether staying further from the city will work out cheaper when you factor in transport.

Ask For a Discount

If you’re planning to stay for a while, try asking your host for a discount. Many will be happy to oblige to ensure that the apartment is occupied for the length of your stay. Sometimes these discounts will automatically be applied when you book. But sometimes they’re not, and you don’t get if you don’t ask.