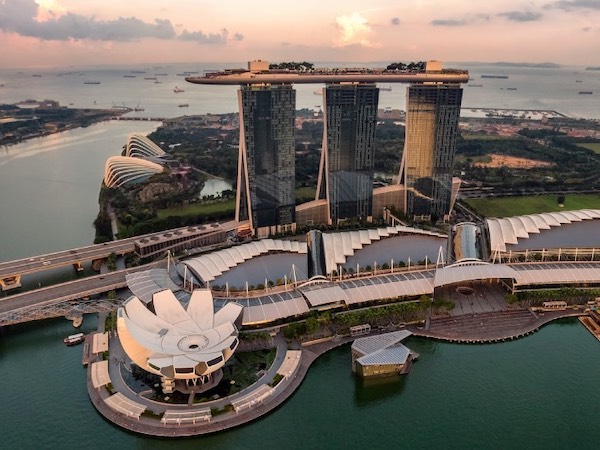 What To See & Do: Singapore vs. Macau

Written by: Team Freedom Wall
Share this article:
FacebookTwitterPinterestLinkedInRedditWhatsAppEmail
Home » Blogs » Travel » What To See & Do: Singapore vs. Macau

As two of the most unique destinations in Asia, it’s no surprise that millions of tourists flock to each city every year. In 2019, Macau saw 27 million tourists, while Singapore welcomed just over 19 million.

On the surface, both destinations seem to have more in common than not. They’re both small, with Macau taking up 26 percent less space than Singapore at 28 square kilometers. Both cities are also politically unique. Macau is a former Portuguese colony that’s now a sovereign region of China, while Singapore was a former British colony that’s now an independent city-state on the tip of the Thai-Malay peninsula.

Culturally, both regions have a lot in common—especially considering there’s a Chinatown in Singapore that’s a protected cultural enclave (along with Little India). Chinese New Year is a major celebration in both cities, while the culinary exchange between Southeast Asia has led to more than one street fare menu that no visitor will forget.

In terms of language, English and Mandarin will suffice in both locations. Singapore is a bilingual nation between English and Malay, but Mandarin is as common as other Chinese varieties like Teochew and Hakka. Meanwhile, in Macau Portuguese and Mandarin are both official languages, though English is widely spoken along with Mandarin and Cantonese.

Travelers heading to Macau and Singapore also won’t miss the abundant casinos, from Singapore’s Marina Bay Sands Resort to Macau’s Nam Van casino district. However, there’s no need to plan a trip to either city for ceramic chips alone, especially now that there are mobile apps for Android devices that recreate the glitz of the poker games and can be accessed anywhere in the world. While gaming is a big part of both cultures, there’s more to Singapore and Macau than meets the eye, especially when it comes to culture and history.

Singapore: A Destination of the Future

For all its similarities with Macau, Singapore tends to have a unique reputation among travelers. Legends abound about the lack of chewing gum, as well as pristine streets where jaywalking is a certifiable crime.

However, Singapore is also known as being one of the cleanest and safest destinations in the world—as well as one of the most awe-inspiring. Given the city-state’s geographic limits, citizens have found creative and downright innovative ways to keep their city green and cutting-edge at the same time.

There’s the Singapore Botanic Gardens, which first opened its doors in 1859 and continues to showcase a massive park in the center of a bustling metropolis. Given Singapore’s location in Southeast Asia, it’s recommended visitors check out the gardens and its 10,000 species of plant. Pro tip: check out the orchids section, which is one of the world’s leading orchid research centers.

While the Chinese and Japanese gardens offer another peek into Singapore’s modern, green-living initiative, no trip to the city-state would be complete without a visit to Gardens by the Bay. This park is a groundbreaking example of how to incorporate vertical green space. It features 18 vertical gardens that clean the air, as well as provide a beautiful spectacle. The attraction also has two conservatory domes: the Flower Dome, the largest glass greenhouse in the world, and the Cloud Forest, which simulates high-altitude cool-moist conditions.

Mentioned above, one of Macau’s primary attractions is its casino district. In fact, many consider the city to be the Monte Carlo of the east. However, given the city’s incredible history, there’s more to explore… at least in the daylight hours.

The Ruins of Saint Paul’s is Macau’s most famous landmark. Originally constructed in the 16th century, the ruins are now a UNESCO World Heritage Site showcasing a stunning stone façade. Today, the ruins stand starkly against the city’s surrounding apartment complexes.

Nearby is the Taipa Village, an area that seamlessly highlights the confluence of eastern and western tradition. In the village, Portuguese colonial churches stand beside Chinese temples and the surrounding flora adds to the air of a time forgotten. Museums dot the entire village and provide ample information for visitors.

And finally, the A-Ma Temple shouldn’t be missed, especially considering some believe this temple is the namesake of the city. As the oldest temple in Macau, travelers will get a great sense of local culture and tradition by paying their respects to the many deities worshiped there. Just remember to cover your shoulders and keep your voice down!