Skyvi: Your Siri for Android

Imagining to talk to your Android phone? Don’t worry, it is no longer an imagination this time. If iPhone users can talk to their phone, request the phone to remind their users of a certain task, ask for a nearby coffee shop, or even to simply update their Facebook, Android users can do it too. iPhone’s Siri is really a sophisticated Apple technology which is bundled to the newly released iPhone 4S. Android, on the other hand, has Skyvi which was develop after the great success and positive feedback of Siri.

Skyvi (unfair to say copycat), through voice command, will help you find the nearest restaurants, party places, or any establishments or places you would like to. This will access your location through your Android phone’s GPS service. You can also ask Skyvi to research for you and get simple definitions. And if you often stay out of your mind, Skyvi will remind you when you are leaving. 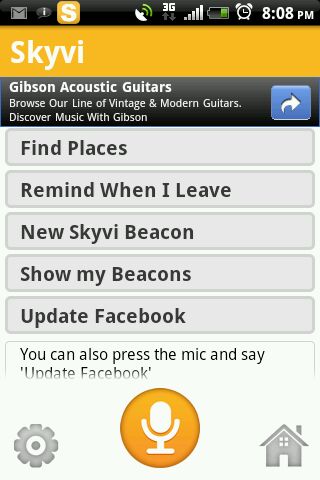 You can consider Skyvi as a lazy guy’s assistant. If you cannot spend a second to open your Twitter or Facebook apps and type your status, Skyvi can do it for you. Just say update Facebook or twitter. However, Skyvi doesn’t seem to be a good listener so make sure that you speak loud and clear. Make it fast too since she seems to have no patient to lousy speakers. 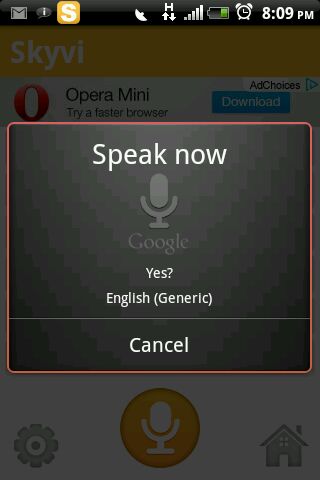 If you lose your patience, you may tell Skyvi to shut up and her response is, “Okay, I will stop talking now!”. Say it again then she’ll type “terminating connections…”. My great frustration is that, no matter how I try to introduce myself to her, she still didn’t recognize my name. 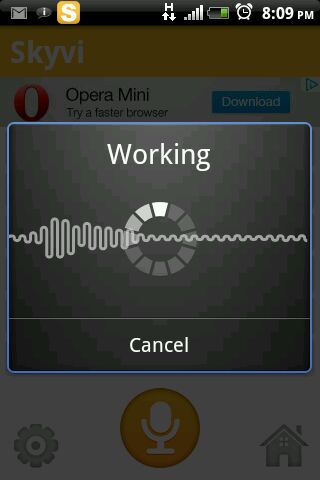